VIDEO: Using Theater to Solve Problems, Big and Small with The Possibility Project

By Bonnie Bee from SparkAction 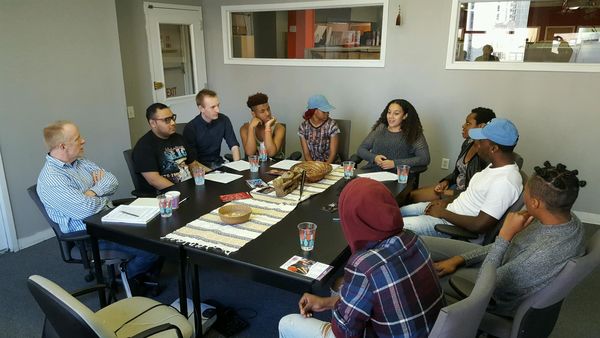 Our SEL in Action video chat series features young people and practitioners from the SEL Challenge programs talking about the lived experience of this work. This month’s chat focused on problem-solving.

Problem solving means both responding to challenges as they arise, and also strategizing in advance to minimize problems. It’s not easy; it’s a skill most of us continue to learn and practice for much of our lives. The eight remarkable programs that participated in the Susan Crown Exchange SEL Challenge all strengthen problem-solving skills. The Possibility Project (TPP) is a New York City-based program that uses the performing arts and community action to teach SEL. And almost everything the students do could be called “problem solving.”

The program begins each year with students crafting a “story map” of their real-life challenges, which they use to write and stage a play. The issues range, but they typically include experiences with bullying, rape and trauma. Heavy issues that the program treats with unflinching respect.

We filmed a discussion with several TPP alum and its founder, Paul Griffin, talking about the program and their take-aways. The discussion covered both deeply personal experiences and big-picture social issues. I was struck by the honesty and rapport, even though many of the young alum hadn’t met or been in the same program together. Having the common connection of TPP was enough to make them all instant allies. The feeling of trust and connection was palpable, a key requisite for true SEL skill-building.

We broadcast the discussion on October 26, and followed by a Twitter chat. Here are the highlights of both.

Recapping the Twitter Chat Alums Kenny, Kaley, Christopher and Latasha were able to join us on the Twitter Q&A after October 26th’s video. They answered a lot of questions about their experiences that weren’t discussed in the room.

@alveeeena Honestly, not at first. But when they asked questions and actually showed genuine interest I really warmed up to the program

@alveeeena I did trust them bc I love performing so much that I just put my everything into it, including my trust

@alveeeena I did. Everyone was so nice and they made you feel safe. It’s very hard to not like people who build you up.

@arbarrrrrrd That you can’t always go based off you, get the other persons POV, bc what you, think, may not be exactly what went down y'know

@arbarrrrrrd “I Statements” are huge and they change everything from how a problem is perceived and how it is solved.

Bonnie Bee is content and engagement strategist with SparkAction, a collaborative nonprofit storytelling and advocacy network.