By TPP Staff from The Possibility Project 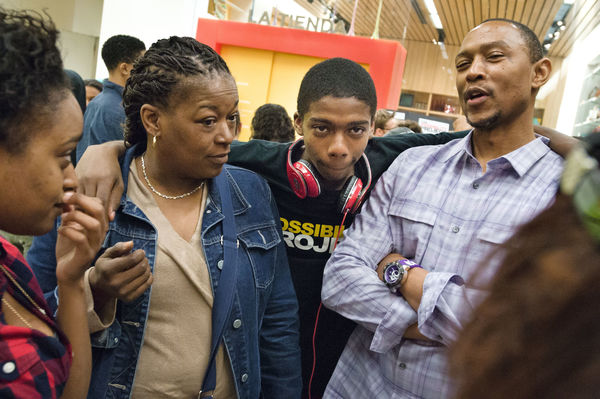 Musical Styles is an activity that you can use to introduce the concept of diversity and the use of stereotypes.

Description: 60 minutes Before your program day, make a playlist of different music equaling thirty minutes in length. Each musical selection should be only 30 to 60 seconds of a song and be a diverse array of musical styles (dance, rock, country, new age, classical, opera, Middle Eastern, African, etc.). Make the first 3 to 4 minutes of the playlist from popular music that your youth will be familiar with and that they will be able to dance to. Then begin to include different musical styles as you progress, making certain that there is music from every culture represented among your youth.

At the start before you play the playlist, challenge your students “to move to the music you hear.” Nothing more. They are not to stop moving throughout. And, they have to stay in the room.

During this activity, watch your students carefully. Notice who moves to what music. Observe how the groups form. You will notice that some will not move to a specific music. Or, they will dance in a way that stereotypes the movement of another group whose music is being played. Smaller subgroups will form by culture or by identification with certain musical styles.

After the music stops, ask the group to come together in a circle. Here are some suggested questions.

1) How did you feel dancing?
2) Did you find some music more comfortable to move to than another? Why? 3) Was there a point at which you couldn’t move? Why not? 4) Were you jealous or afraid of others’ movements? 5) What did they feel while moving? 6) What happened when music was playing that you didn’t know? How did you dance?

Maximizing SEL Impact: The way in which this activity would not maximize its impact on SEL learning would be if you did not choose enough or different enough music for the students to move to. You want to give your students the opportunity to be faced with the familiar and the unfamiliar. If the music is too easy for them or too similar it will make your debrief with them less effective.

Assessing Impact Facilitator’s Note You want to point out that music is like culture. It can serve as a metaphor for culture. And that our interaction with different music is like our interaction with different cultures. We all grow up with a specific kind of music being “ours.” Music we have not heard and have never moved to feels foreign to us. We often don’t know how to move to it, and so we either do not engage with it or we stereotype it, moving the way we think we should move based on little or no idea of what we are doing. Or, we make fun of it by mimicking the movement we think belongs with it.

Let your students compare the musical styles to culture and have them examine the activity in this light. Let them know that diversity in music is like diversity in culture. Once we listen to another culture and learn to move with it, we can engage with it.

So we want to propose that learning other cultures is like learning to dance to music you don’t know - there are awkward moments, and it makes us uncomfortable at times, but if we challenge ourselves, listening to and learning from other cultures as well as sharing our own culture, then we can begin to move together and live comfortably in a diverse world. Just as we can value each and every kind of music, we can learn to value each and every culture. Music has a universal appeal. It is also a beautiful and useful metaphor for diversity. While every musical piece is different, it is still music, and each piece like each person, has a value unto itself.

How to Build Active Listening Skills

From Youth On Board Staff, Youth on Board

How could you implement this in your program?